Chord of the Week: Am9

Get Started Now. View Upcoming Classes
This is a beautiful and haunting chord. See if you can hear it in the song Insect Eyes by Devendra Banhart. 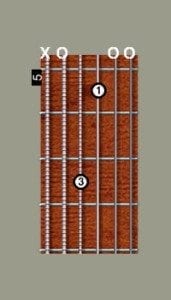