Chord of the Week: Cm

This open version of the Cm is a great way to play an easy version of a normally tough barre chord using open strings and only three fingers. It’s a bit tricky though because it involved muting the fourth string with your first finger. Check out the diagram below and then watch this video from our online course – Guitar for Intermediate Beginners for a detailed explanation! 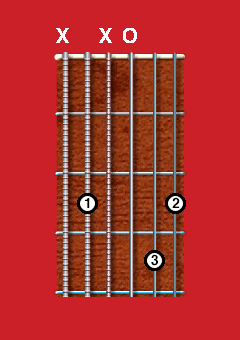