Chord of the Week: Cmaj7

This two finger chord can be great in the place of a regular C! Especially if you’re playing in the key of C and it’s the last chord of the song. You strum it very slowly on the last beat and shrug your shoulders with a pained face on, like it’s so beautiful it hurts! Try it! 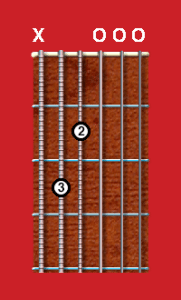