Chord of the Week: Fmaj7

by Shane Chapman
0 Comment
Get Started Now. View Upcoming Classes
You’re searching online for the chords to one of your favorite songs. Maybe it’s Chordie.com or Ultimate-Guitar.com. And you find your jam, but wait! There’s an F chord in this song and you don’t know how to play F because you’re a beginner!

Well fear not! Enter: Fmaj7. This chord sounds amazing and colorful, can be played by any beginner and can be played in place of an F something like 4 out of 5 times! Enjoy! 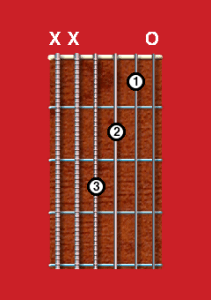