Chord of the Week: The James Bond Chord

by Shane Chapman
0 Comment
Get Started Now. View Upcoming Classes
Need some intrigue in your life? Try the E minor major 9! “What? How can it be major and minor?” you ask. It’s rare but it’s a thing and James Bond is just that cool. Enjoy! 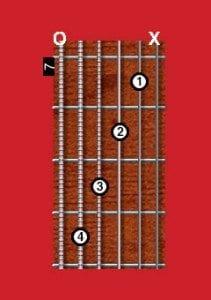