Most New Year’s Resolutions Fail– Read This To Succeed In The New Year!

Most New Year’s Resolutions Fail–
Read This To Succeed In The New Year! 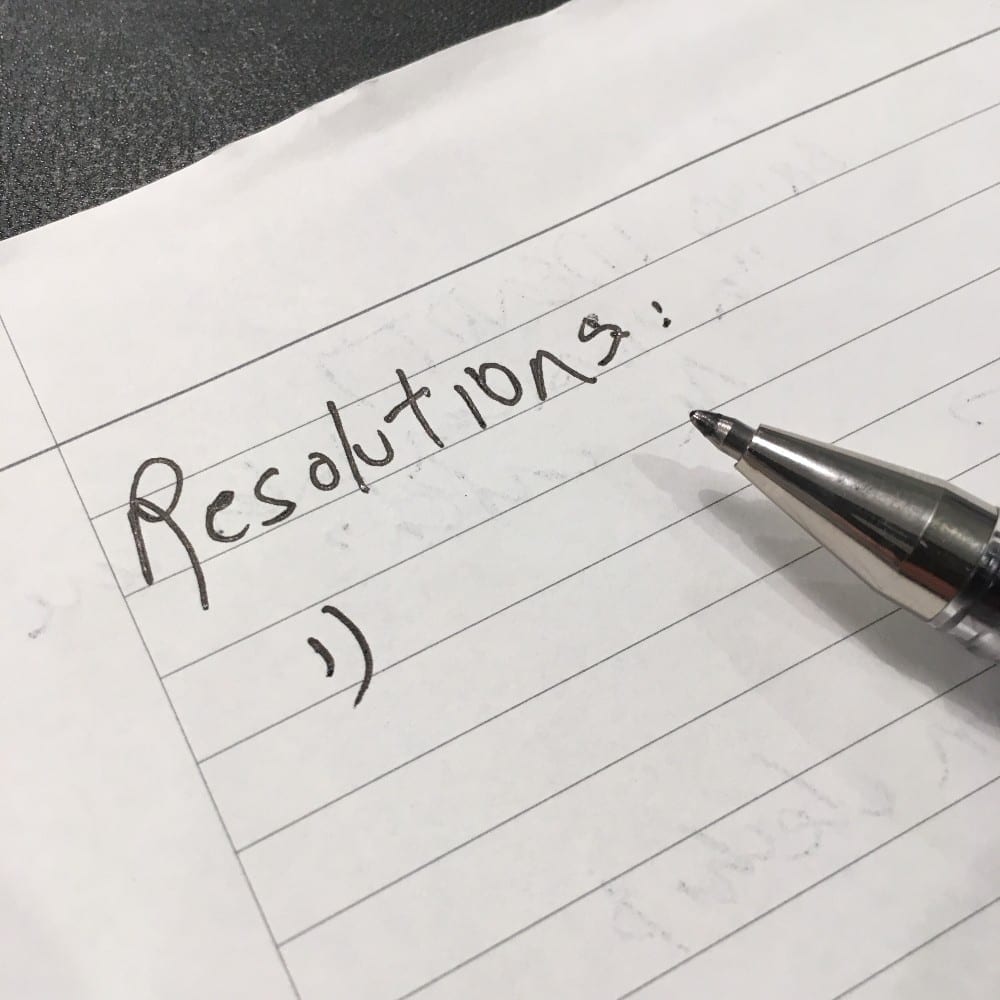 The air is crisp, the sidewalks are full of shoppers, New Year’s Day is around the corner, and millions of us will begin 2019 with an exciting resolution to learn a new skill or form a new habit.
Unfortunately, most resolutions are doomed to fail.  In fact, earlier this year the NY Times reported that 80% of resolutions are dropped by Valentine’s Day.
Don’t let this happen to you!  Instead, start planning a smart resolution by reading this article, which will teach you:
Resolutions FAIL Because Willpower Is A TERRIBLE Strategy For Success
Have you ever had that eye of the tiger feeling–when you wanted something so badly that you would fight your way through any resistance to achieve it? I have! And on January 1st we are so motivated that even if the power goes out and there is a blizzard, we will be in the snow doing push-ups.
The problem is that on the cold, dark morning of January 2nd, we may feel more like a hibernating bear than a training-montage tiger.
You see, our awesome human animal selves evolved in an instant feedback world, where doing what feels good NOW (like grabbing berries or gorging on antelope until we can’t move) or doing what avoids pain NOW (like running away from a lion) was strongly correlated with staying alive.
But today we live in a delayed feedback world, where things like exercising and eating healthy, getting up when the alarm goes off, or practicing guitar feel good LATER–you know, when you’re on stage and you realize Wow, I feel, look and sound AMAZING.”
When we FORCE ourselves to do something that we don’t want to do (like practicing when we are tired or not eating that carton of ice cream at midnight after a hard day) we’re combating millions of years of evolution–and when that cold, dark morning shows up when we “don’t feel like it”–sometimes we don’t!
Option One:  Be mad at yourself for being such a slacker.  Say mean things to yourself to that you would never say to another person.  Then, give up until next year.
No, no, no, don’t do that! There is a better option!
Option Two:  Stop letting yourself off the hook by telling yourself you suck!  Instead, use that other awesome human ability (the one for thinking and planning) to make it easier to get the long term payoff you will enjoy so much.
There are so many helpful strategies–but in honor of New Year Commitments, today I’m going to focus on a powerful tool called a “commitment device.”
Unleash Your Better Self With A Commitment Device
Whether you call it a “Commitment Device” (like James Clear in the awesome book Atomic Habits) or a “Forcing Function” (like Benjamin Hardy in the awesome book Willpower Doesn’t Work), making a decision NOW that shapes, controls or influences your decisions in the FUTURE is one of the best ways to make your resolution last.
So–don’t stumble into a New Year’s resolution in 2019!
Instead, understand that:

To increase your success:

As always, I’m totally excited and grateful for my life in this amazing city!  Thank you for being a NYC Guitar School student, and I wish you the best as 2018 comes to a close.
Happy Holidays!
Dan Emery
Founder, NYC Guitar School

P.S. Here’s one more habit book for your personal greatness library: The Compound Effect by Darren Hardy, which was a game changer for me in starting to focus more on habits and less on final results. (My final results got better, too!) And of course, don’t forget that all NYC Guitar School private lesson students get a great book about the habits of successful music practice for free, The Ultimate Guitar Workbook, by yours truly.

About the Author
Dan Emery is dedicated to Coaching Personal Greatness, One Lesson At A Time. He is the founder of NYC’s friendliest and fastest growing guitar schools, New York City Guitar School, Brooklyn Guitar School, Queens Guitar School and NYC Guitar School, East, and the author of the Amazon best-selling Guitar For Absolute Beginners and six other books on learning guitar and deliberate practice. He coaches new entrepreneurs through the Entrepreneurs Organization Accelerator program and especially enjoys helping other Educational Entrepreneurs. He has a Masters in Education from Columbia University Teachers College, extensive performing experience as songwriter and guitarist for The Dan Emery Mystery Band, three kids, and some juggling equipment.
Social Share